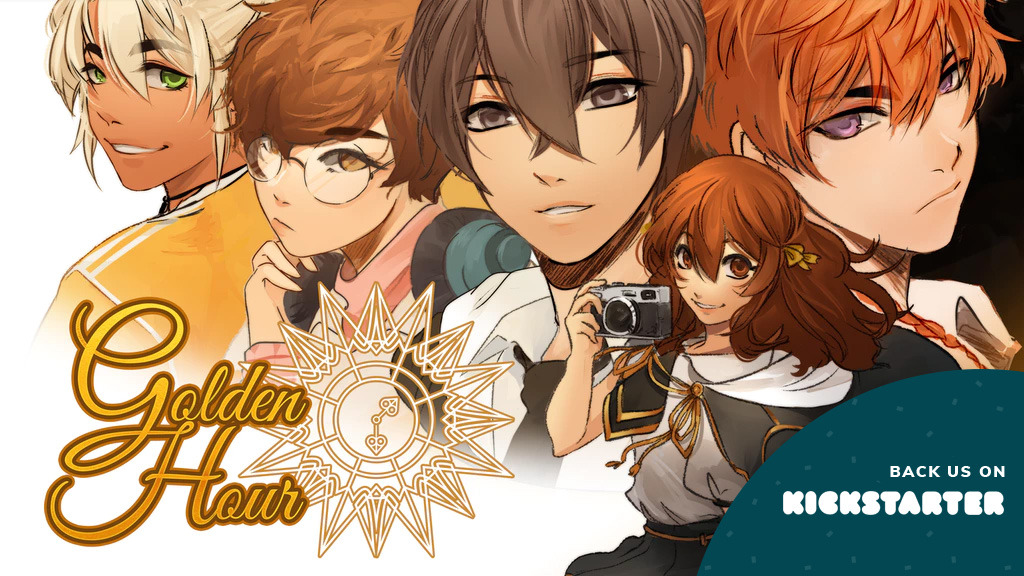 We are successfully Kickstarted! Thank you to everyone for your continued support and patience as we bring the full game to life!

Enjoy the full stories of both Kouya and Rui in the latest Golden Hour release! Experience 10 full days of fun, mystery, and romance in Haraya City with two of our four leads vying for your attention. Look forward to Nagi and Sol's routes in the future!

UPDATE: Enjoy the first half of Sol's route now by downloading the APK below or, for iOS users,  joining the Testflight program here!

Please join us on Discord to meet the game developers (we're very friendly!), and give feedback on any bugs or your overall experience of the game! https://discord.gg/Vb5ehtg

A young woman transfers into a new school in her mother’s distant hometown just as the term is nearing its close. She finds herself caught up in a whirlwind of activity leading up the school’s annual Festival of Lights.

Amidst a tangle of friendships, rivalries, courtships and conflicts she comes to learn the dreams, joys, fears, and foibles of those close to her—and must confront her own, as well. Will her choices lead them to a new light? Or sink them deeper into the dark? 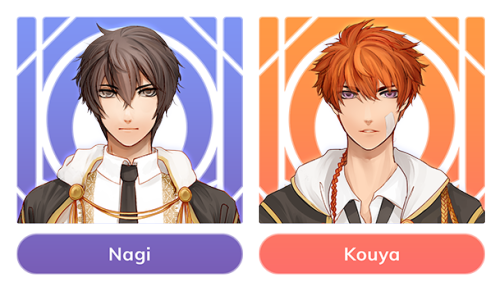 Isanagi Ayara—Nagi, as he prefers to be called—is the second son of the illustrious Ayara family, who halfway own the city and everyone in it. His lineage is both blessing and curse, and Nagi is determined to chart his own path, proving he’s more than just a second son.

With fiery hair, a cold glare, and countless cuts and bruises as his signature, Kouya has a reputation for delinquency. There’s more than meets the eye, of course, but no one knows what exactly that “more” is. 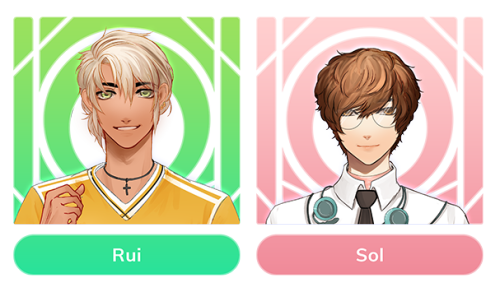 Although he only recently moved in from Brazil, Rui’s already everyone’s best friend. Renowned as the school’s—no, the city’s star player, he tries to keep his otaku side hidden deep in the closet. Too bad the closet’s too full of merch already.

The son of a preacher man, Sol’s God-given talents in the arts, especially music, were nurtured throughout his childhood. But both angel and devil sit at Sol’s pink-sweater-clad shoulders and he plays their tunes in equal measure.

Put yourself in the protagonist’s shoes: make the right choices and you just might have a happy ending come festival time! 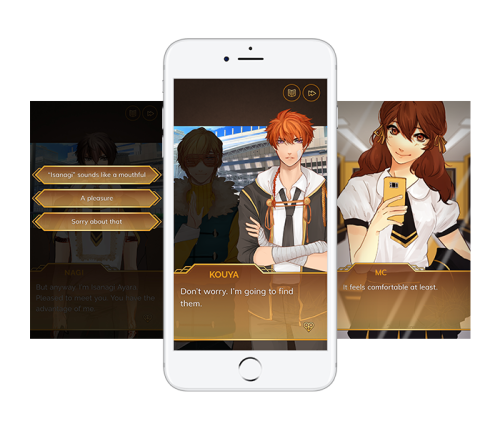 See what’s going on in the school through its exclusive student network. What happens online doesn’t always stay just online.

It’s not all about the boys.

The protagonist needs female friends, too, and her choices will affect their lives as well. Depending on those choices, her friends might get happy endings of their own or…well, stop being her friends.

The triumphs and travails of our heroine’s friends-slash-rivals unfold throughout the four main storylines. 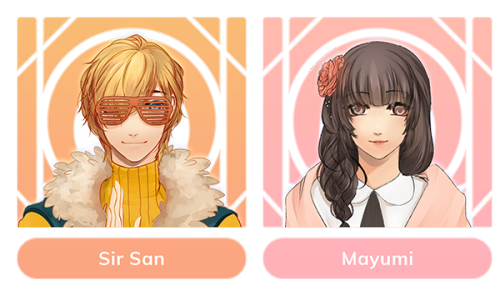 Just who is this eccentric teacher? The truth may be forever hidden behind his shutter shades. Either way, “Sir San,” as he is fondly called, is popular among the students for his easygoing attitude and genuine concern for the whelps he calls his own.

The youngest child and sole daughter of the Ayara family, Mayumi must deal with the venomous infighting of her family and the bleak prospect of a political marriage. But as they say, it is in adversity that strength blooms. 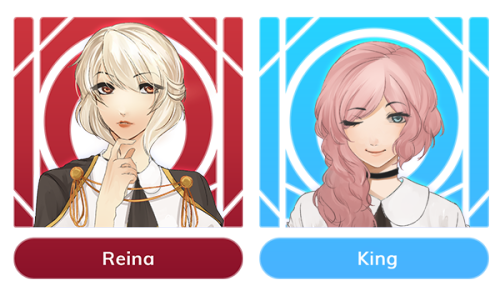 Known throughout the school for her intelligence, elegance, and uncompromising ambition, Reina is poised to take the Student Council’s top seat from Nagi. She’s also his erstwhile and unknowing rival in near everything else.

She might be a diva of deception, but King—there is no “Iris”—strongly prefers the direct approach. Except, of course, in matters of the heart. And while half the school’s boys are after her, she only has eyes for one. 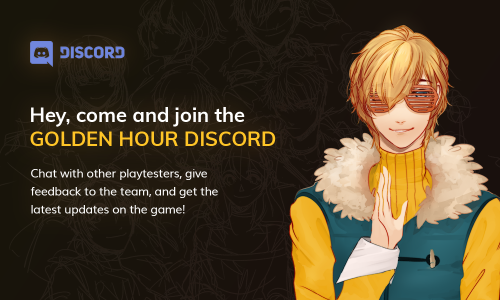 Join the Golden Hour community! Discuss your dozens of failed attempts trying to reach Rui's route and scream with other fans as you remember Kouya's [REDACTED].

If you want to stay up-to-date, give feedback,  or just talk to us about Golden Hour, join us here:

Does anyone know the password for Sir Sand: Behind the shades chapter? If so could you let me know?

i played rui’s route and it was so cute !! but somehow i didn’t get one of the cgs/pictures, it’s the first one on the second row so the 4th picture and idk how to get it :(( if someone knows then pls tell me <3

Hello I’ve been trying to get a good end in rui’s route but I’m failing every time 😭 any help?

Hi! just wondering if there's a code for the testflight app to try Rui's route on the ios?

Hello! Both versions (Android APK and iOS TestFlight) should have Kouya and Rui's routes!

Hi, we've uploaded a new build (85) that should fix issues with one chapter not showing up if you're on Kouya's Golden route. If you've unlocked Kouya's 7th (final) CG but not the 6th, please download this update, you should have a new chapter up on Day 10. Thanks!

For some reason I can't get past day 2

Hi! If you're on TestFlight please update to the latest build (81) otherwise, if you're on Android, please download the latest version on this page!

That build should include a fix for that progression blocker (verified by a member of our Discord community who was encountering that issue). However, we've fixed this issue multiple times now and it seems there are device/platform specific bugs.

Once you've updated, please replay the last 2 chapters in Day 2: "A Shift in Focus" and "To Tomorrow". After replaying those chapters, you should be able to progress to Day 3.

If you're still encountering issues after updating your version, please feel free to join our Discord community where we will be able to provide even more in-depth support!

Update: We've fixed a major bug with the save system. Unfortunately, this means that existing manual saves will no longer work. Please manually save again after opening the updated APK/TestFlight build to avoid any data loss.

Hey! Um.... I'm finish Rui route for 5 times. And I Choose different choices every time But it's came out that i got bad end every single time... T_T(in day7) . I dunno that i choose wrong choices or someting.....Thanks if you read this post. Pls tell me if something update😂😂

Hello! Rui's good and golden routes are particularly hard to reach! To avoid spoiling others on the comments section, please feel free to join our Discord community! People will be happy to guide you there.

Hi everyone! It's been a while but we're happy to announce that we're beta testing Kouya and Rui's routes!

A new APK with the beta build is available in the Downloads section for Android users while iOS users can use this TestFlight invite link to get access to the beta:

Please check  out our latest devlog for more info!

Where can I download this?  The links blank out?

Hi! I know this is late but Just in case you still want to know:

It seems that it's been taken off the Android Play Store. I'm not sure about iOS. BUT, all is not lost - the devs are still developing this game and there are several routes now in beta testing!

You can download the Betas by clicking on the discord link at the bottom of this article and joining it :)

There's also monthly updates on there, and they've explained that they know they have issues with the app store and are working on it.

I hope this will help. This was on their discord channel, posted last Feb 11, 2020. I'm not entirely sure if this is true but I hope it is and I hope I'm able to share this to you all, because it's really hard to find an update to this wonderful game.

Hello!  wave  Quick update from me personally. Massive KUDOS to my team members for finishing that massive Rui script, getting the point system working, getting amazing sprites done, etc. Hardest parts are done done!  clapclap    What's left? All the easier stuff. Fixing bugs, running QA, finishing CGs, finishing content for ASL, and finally getting approvals again from App Store & Play Store. Popped in here to say hello and that we are moving this along every single day wink . It's definitely top of mind for me personally to get Rui shipped to everyone especially since I had some hiatus. ship

Any news on the release date?

is there/will there be a pc version?

I surely hope so, because I don't enjoy the phone version very much. I would prefer to have it on PC, even paid, so I can skip through days, and such.

when will it be release fully_???

but then it told me that it is not available

i really enjoed the demo, i can already tell this game will be amazing 💙

Uhh, the story and art very good. I like these otome!

Glad I ran into this really, seems like a really cool concept, since i liked Mystic Messnger, I feel im going to like this one :D

Hopefully it all goes well!

The demo was really great, you have an awesome cast of characters, a very enjoyable writing style and pretty art, all together in this cool reality-fiction mixof the world you built. And I like photography as a theme as well, I'm excited how it will play out in the story (and the CGs :D).

And you as a team seem to be really nice, just one reason more to support you. :)

Unfortunately I missed your Kickstarter (about just some hours :'( ). Will there be a possibility to get the exclusive chapters now? By pledging or by buying after release maybe? I already fell for Kouya, so I'd be really happy to somehow get the extra content somehow. :')

Best wishes and support, and don't forget to celebrate your progress! :)

Sooo cute!! Everyone is likeable, and I can't decide which!! Although,  I am very conflicted on the state of my female friends who may or may be interested in the love interests!! AHGK! I don't want to steal, especially from such popular and FRIENDLY people. Not cool. Although, as much as I like Kouya, he is really cute with Mayumi. Even if it's not canon, it's still really cute. And does Nagi like Reina? Why did the whole school assume that Nagi was the heir? Will we ever get to see Rui's modelling pictures? wHO Is tHE heIR?? So many questions. I'm excited for more! XD The art is also really cute. The formatting is cool as well.

Planning to donate to the kickstarter soon, I liked what I saw so far of the game.  Can't wait for MC's pic of the heir in some shady back alley to come back and kick her in the ass. A quick suggestion, you should put the kickstarter link on the page near the top, probably below the discord! Some people might only check the game page.

Wow, this looks really promising! Unfortunately, I can't donate anything, but I wish you good luck... (And yeah the art is top notch for me!)

Thank you so much for the feedback!

No worries - support can come in many forms and this comment encourages us! \o/

Is the full game going to be pay to play? BTW the art is super cute!

Thank you so much, our artists appreciate the comment!!!

We're hoping to keep it free-to-play once full version is out :)  We're setting up a Kickstarter to cover development funds for now to help us get there :D 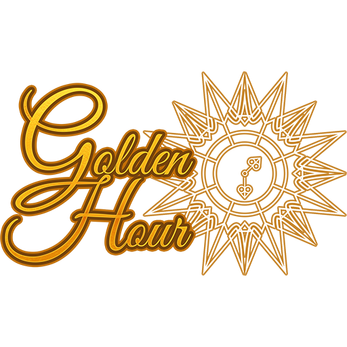 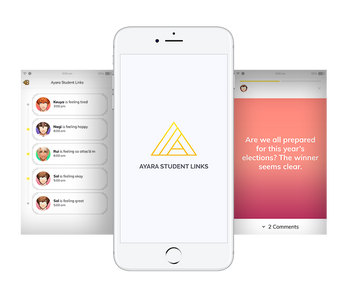 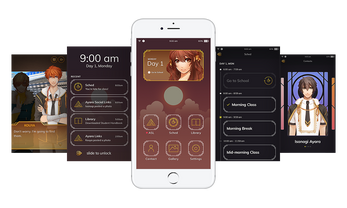